Working with scientist Vivian Dulien, Ph.D., and statistician Laura Appelbaum, Ph.D., King is developing the first scientific study of the effects of Earth Acupuncture on sleep issues in adults.

Participants will be randomly divided into a placebo group and a group receiving an installation of copper rods around their homes. The participants’ sleep issues will be carefully measured and recorded for a period of six months with three separate interviews, before, during and after the installation.

The resulting data will be fed into software specially developed for analysis. Legal contracts with the clients guarantee that the placebo group will receive the full installation at the end of six months. Ultimately, King hopes to receive a grant to further expand this work in the future.

King is now interviewing homeowners who want to participate in the study.
If you would like to become involved, please call her at 303-665-0175.

What Is EMF and How Does It Affect My Family’s Health? 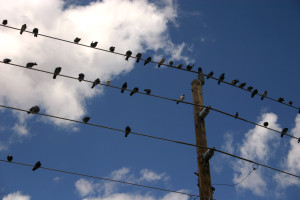 EMF, or electromagnetic fields, are generated by all electric devices and appliances, and there has been much research into their effects on human health. EMFs are created by common household items such as computers, cell phones, electric blankets, waterbed heaters, televisions and stereos. Higher levels of EMFs are generated by radio waves, microwaves, high-voltage electrical lines, power generating plants, department store detection systems, airport security systems, medical devices and military equipment… read more 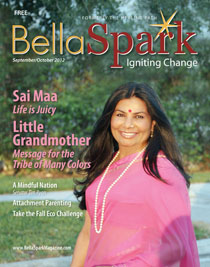 Acupuncture is an age-old alternative healing practice based on the belief that the natural flow of qi (energy) in the human body can become disrupted causing pain and/or illness. Practitioners insert needles into acupuncture points in the skin to restore balance to the qi, thus contributing to the person’s health.

Geomancers, Feng Shui practitioners, and dowsers have been working with natural and man-made energies on properties for thousands of years. They recognize the ley lines forming a grid along longitude and latitude lines on the planet. In our current era, researchers are also concerned about the negative effects of electromagnetic (EMF) pollution produced by modern technology, as well as the stresses created by natural earth energy disturbed by underground running water, rock strata, and high mineral content.

In 1991, Karen Rice King hosted a workshop for Bill Reid and Slim Spurling to present their research. Calling themselves geobiologists, they discussed how they dowsed and diagnosed stress lines on people’s properties. By burying specially designed copper rods, Reid and Spurling mitigated what they believed were the causes of many health and financial complaints. The Federal government tested Spurling’s tools and found that his geobiology installation created a tensor field which lowered EMF measurements, diverted unwanted underground water, and much more.

Over the years, King remained professionally involved with both men, but particularly with Spurling. He became internationally known for his work, which King named “Earth Acupuncture,” and he trained her as a Master Dowser. Achieving remarkable results with Earth Acupuncture, they compiled a wealth of anecdotal evidence for its benefits.